“Respect” is the first full length video put out by Aaron Jones and Gabe Seamon, with the support of Morning Bell skateboards and fueled by 2for1 pizza. The video generally focuses on and features the crew of younger skaters who have become known throughout the city of Toronto, and even further afield, as the Duff Grove kids. Think the lost boys of never never land under orange street lamp glow, shining through a thick haze of weed smoke, the sounds of squealing urethane and grinding metal filling the air.

We caught up with Gabe to get a little insight into the making of the video, who has the better impossible, the heavy burden of using a Wu Tang track, and what makes Dufferin Grove “the happiest place on earth. So read on and enjoy, and if you haven’t seen it yet be sure to check out the video at the bottom!

M: So where are you right now? Out skating?

G: Yeah, I was out skating with Tom and Dante earlier, now I’m skating some curbs near Bathurst and college with some other duff kids

M: You guys are always out and about skating and filming. Was the process for this video any different to the normal routine?

G: Yeah it was. It was the first full length video I’ve ever worked on/planned on doing. It kinda just started at the beginning of last summer, I was filming a lot with the duff guys, specifically Tyler, and I just started saving the footage. At the start of the summer I also heard that Aaron maybe wanted to make a video, so I talked with him and we decided to make one together. Juan and Morning Bell also got involved just cause me and Aaron were really down with the company and we asked him to do the video with us. 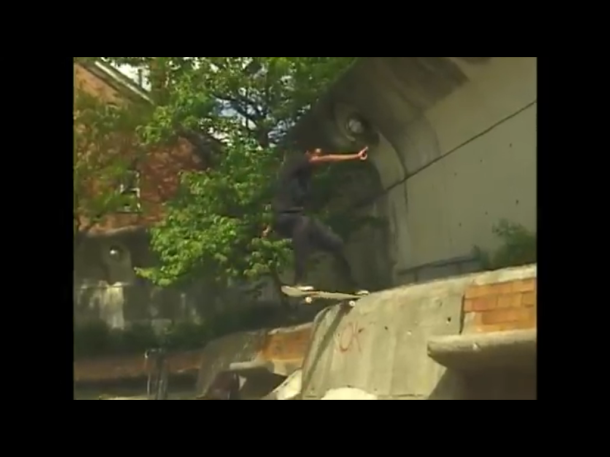 M: Was there a moment when you realized that you were sitting on enough footage and the project was kind of coming together?

G: It was interesting because a lot of the skaters filmed there stuff in a specific section of the summer. For example Dante and Sean’s footage is mostly from the beginning, and Alex Furtado and Will Cohen both filmed there footage near the end.
It honestly came down to when I was able to film, which was kind of a bummer.

M: Who is the hardest person in the crew to motivate to film? Do you ever have to make suggestions of spots or tricks to push people?

G: Probably Dante. When we’re out with a whole group of people skating Dante sometimes gets bummed on the session and won’t wanna film. When I go film with Dante filming alone is always the best and it’s more personal which is sweet. Dante is pretty good at chosing tricks to do and spots to go to, he knows his own skating really well so I let him lead the way.

M: I could have guessed that haha. What’s the camera rig you ran with for filming Respect?

G: For a little over a year I’ve been using a VX1000 with and MK2 fisheye. It’s like a pretty ideal SD setup in my opinion. It got roughed up this summer though, in the footage you can see the lens hits are getting pretty bad and camera glitches are more common. I got a whole new setup for this summer and I’m pretty stoked.

M: Was the editing and transitions influenced by the glitches at all?

G: Not really, all that video glitching came from a video art unit I did at school. It’s generally called datamoshing and it involves messing with the pixel motion in compressed video. It’s a confusing process but I think it was a cool addition to the video. Aaron also learned how to do it himself which I was stoked on.

M: Yourself and Aaron took a bit of a different approach to the editing process in general, it almost put me in mind of a band meeting up in the studio all with thier separate ideas or songs and then bringing it all together.

G: Yeah, we basically edited different sections separately and then met up to compare what we had. Once each section was done I took them and put them all together. Initially I thought that it might have been cool to have longer transitions between sections, but both Juan and Aaron agreed that with shorter transitions the video would have a much faster pace, which ended up working really well in the final cut. 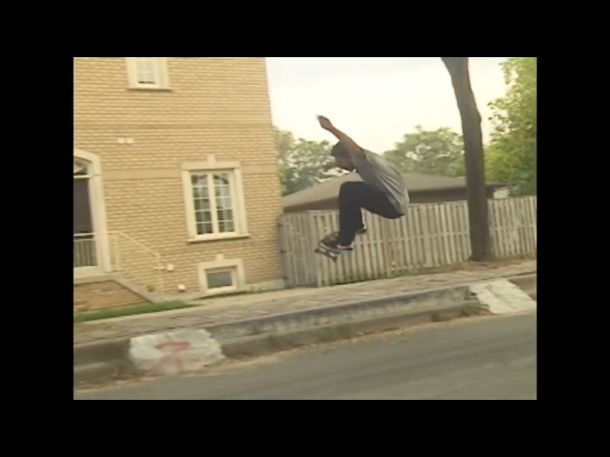 M: The soundtrack is all over the map, quick cuts and sometimes just small snippets of tracks. But it came off as really cohesive. What goes into the process of sound tracking a video for you?

G: Hmmm, it’s sweet that you say that, it’s hard to tell how cohesive a video is when you have been editing it for months haha. At first Aaron and I got together to brainstorm about what music we could use and made a little YouTube playlist. I think we ended up using about half of the songs on there in the final edit. In the end it just came down to whatever Aaron and I agreed fit the skating best in that section. I guess it turned out pretty well.

M: Anything Wu Tang related is always a bold move, but it worked!

M: So just how close did JD get to being killed by a street car?  Were there any other near misses or brushes with death during filming?

G: It was pretty close man, he also pulled that trick out of nowhere, it was like 2nd or 3rd try. JD’s attempt at the tre-flip down the 4 block in the promo was pretty crazy too, I thought that he had really fucked himself up. The only other thing I can think of was Tyler almost hitting a woman with a baby when we were skating the Ryerson wallride, but there were definitely more.

M: Who has the best impossible? Dante, Nollan Waller or Ed T?

G: Hahaha. Is that even a question?

M: Yeah you are right, it’s obviously your boy Dante.

M: Did you do any traveling to film stuff? I noticed a bunch of Ottawa footage.

G: Nah we didn’t do any trips, that footage was all sent from Tyler, who has homies out there and filmed for the video with them. Tyler worked hard for his footage.

M: Yeah it shows, the guy was on a tear! So what is the average age of the Duff Grove crew?

G: Uhh I think it would be around my age, 17 turning 18. A bunch of us are my age like Dante, Elias, Sean, Alex Brown and Kyle. Then the older homies like Tyler, Alex Furtado, Mikey and Aaron plus the younger gerbs Ethan, Will, Callum and Jacob even it out. This is leaving out the super old homies like Tom and Tort haha.

M: T is like Louie Barletta, who knows what age that dude is.

G: Oh and I forgot JD fits right between the older homies and my age

M: So would you agree that duff grove is “the happiest place on earth”? What is it that gives it it’s certain charm?

G: Yeah it for sure is. It’s really hard to tell because I’ve just been so immersed in the scene at the park. I think it definitely has something to do with the DIY aspect of the park. It makes everyone who’s part of the crew feel more involved and welcome, way more so then a pre built park like ashbridges. It’s kinda like comparing a punk scene to a pop scene, even if you like the music better from the pop scene, the DIY aspect of the punk scene makes it more welcoming and inclusive. Or it might just be the amount of weed smoked on the daily there. Duff grove is the sickest, and all the people who have gravitated toward it are so sick, which also adds to its charm. 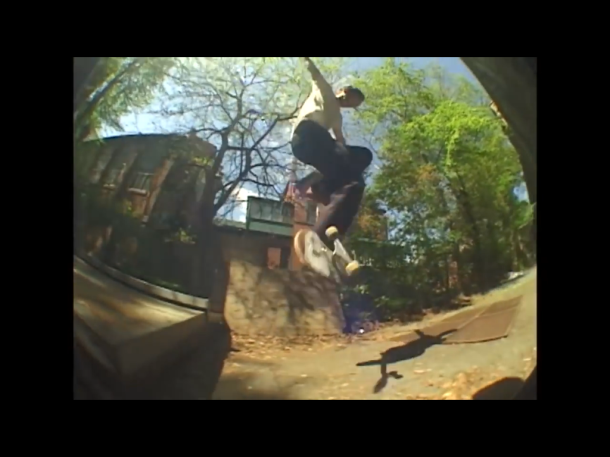 M: Proximity to the beer store and 2for1 pizza should also not be overlooked.

G: Are you at the BTL Vans birthday party thing right now? I might be heading over there and it would funny if I ran into you!

M: Yeah I just got here, it’s open bar, you should come through. You guys are of age right…

One thought on “Respect – an interview with Gabe Seamon”