Little did we know that less than 12 hours after conducting this interview a few of the questions raised would be unquestionably put to rest, and Aaron would be the newest professional on the Polar Skate Co. but lets be honest we all new it was coming. What I was not expecting was when I reached out to the guys at Polar first thing this morning to ask if there were any images that they would like to see alongside this interview, was to receive Aaron’s first two Pro ads as a response. I guess timing is everything. 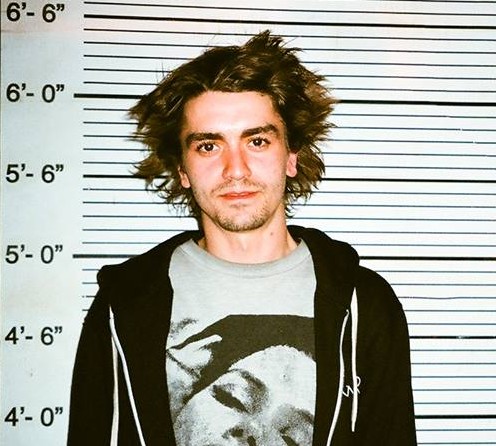 M: So I heard Static 4 is dropping at the end of April, how long would you say you have been working on that project now?

M: Has it been frustrating waiting for it to come out or did you relish in the pushed deadlines to get more stuff done?

A: I suppose waiting for anything gets frustrating, but with Josh Stewart and his videos, you know he’s going to put 100% into something, whether it takes 8-10 years, you know the finished product is going to be really good. But as of late with the deadline coming close I’ve been trying to do some things or tricks that I’ve been into as of late, seeing that I have tricks in the video from when I first moved to NYC in mid 2010. A little swap in, swap out kind of thing going on.

M: What is Josh like to work with? Were you a fan of his previous videos growing up?

A: Yeah I always watched Josh’ videos. Static 2 and 3 were definitely on heavy repeat when I was younger skating, especially in SF where I sort of found myself and how I like to skate and the spots I like to skate. Pat Steiner’s part was always a must watch before going skating ha.

Skating and filming with Josh is great, he is a super motivated and positive dude to skate with. After watching his videos when I was younger and then being involved with him and his latest project, it ‘s like a dream come true! You may get caught up in a few Starbucks around Manhattan for hours at a time but coffee is dope too.

M: So I know you have said before that you left Blood Wizard because you were not really feeling the brands direction, and you moved to NYC shortly after, what prompted the move, was it just looking for a fresh start?

A: I actually was living in New York when I decided to leave blood wizard. It wasn’t that I didn’t like the direction of the brand, Blood Wizard is based in San Francisco and I had moved to New York and I was really stoked on Hopps, Magenta, Polar, all the small brands. Josh had been giving me some boards to try between waiting for Blood Wizard boxes to arrive and it just felt good skating different product that you wanted to skate, so one day I called Toad and thanked him for everything and left the brand. I love those guys though!! Best dudes. But I rolled my ankle on a summer NYC filming trip and never left. 4 years in NYC this May!

M: For some reason I always got you and Dave Abair confused, probably because around that time both of you were putting out what seemed like a part a month, casually crushing crusty SF spots. Is that weird, you ever skate with that guy?

A: I don’t think that is weird at all, both regular footed, we both skate semi similar and we actually were room-mates for like 6 months? Abair is the best! I miss Dave a lot. What up Dave!? Him and I lived with Brian Shamanski, who’s a photographer in California but originally from Winnipeg. 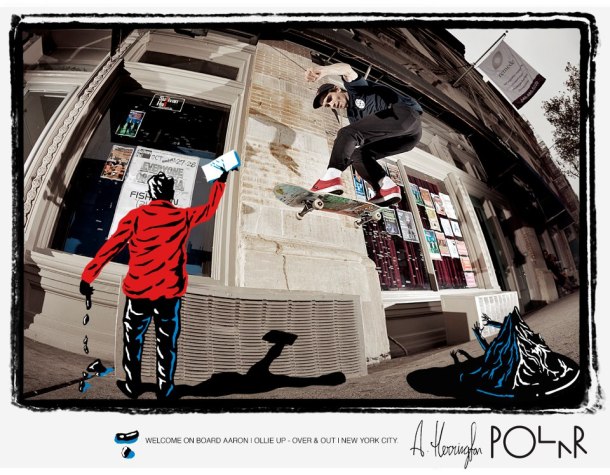 M: How did you end up getting involved with Pontus and Polar? You wouldn’t have met him when you got on flow right?

A: I met Pontus and the whole Polar crew minus Oski and David, when they visited New York in the summer, almost 2 years ago. I was filming with Josh and he had showed Pontus my footage, this was around the time Pontus released the first Polar promo. Josh said Pontus wanted me to skate for polar, I hung out with the dudes the whole time they were here and it’s been a wrap ever since. I couldn’t be more stoked, I wouldn’t want to skate for any other board company. Polar baby!!

M: Had you visited Europe at all before? What do you think of the scene over there, and are there any places that you really want to visit now that you have more of an opportunity to do so?

A: I had never been overseas until last April when Pontus flew me out to Malmo/Copenhagen for a month. Best time ever. Copenhagen and Malmo are super rad! I was fonder of Copenhagen because of the leniency for pot and hash haha. But it was all super rad. Best trip I have ever been on. The scene is dope and Everyone was super nice! I also went to Paris for 5 days which I want to go back to for like a month at least. And London too!!

M: Pontus described you as a “lonely wolf”, is that something to do with the way you like to skate or a bigger insight into your personality?

A: Ha I suppose it could go several ways. If I want to be productive and film, shoot photos, etc. I’d prefer there to be as few people there as possible. If I’m just skating around with no plan then the bigger the crew the better! But when I’m not skateboarding, I don’t drink any more, I don’t really do much besides hang out at home, smoke, work, lurk, hang with my girlfriend or hang out valuing my alone time. I love people, and my friends especially, but I also love being alone and just doing my own thing. New York City has made me more tense and anxious than any city I’ve ever lived in or been to, so sometimes I just prefer to be alone. 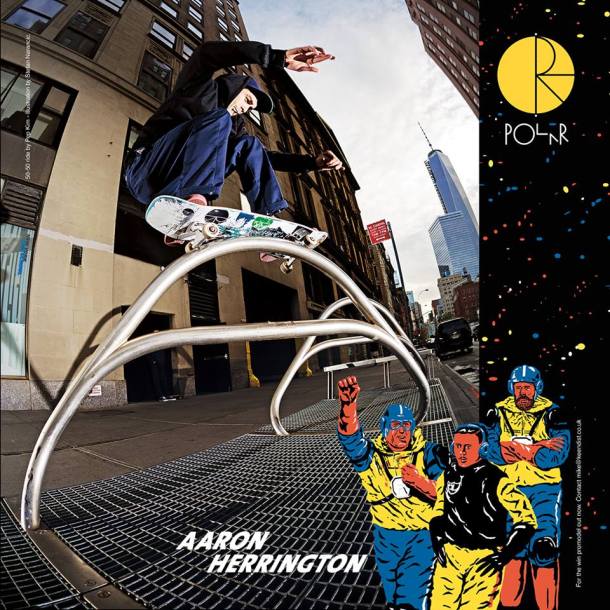 M: So the buzz right now seems to be that you are about to step into the professional ranks. People are claiming to have seen the hard proof (or at least pictures of it) and are suggesting that the release of Static 4 might be all that is holding it back. You said last year that you didn’t feel ready and that you might have some unfinished childhood aspirations to attend to at a certain amateur contest, how do you feel about the whole thing now?

A: Haha childhood aspirations.. Well I skated Tampa Am this past December and placed 20th, missed qualifying by 4 spots but couldn’t be happier with the results. I suppose I just wanted to compete one last time as an amateur and see what happened. I also wanted to wait for the release of Static and the Polar film and with these releases soon around the corner, we’ll have to see what comes of it.

M: Care to let readers know when we can pick up a board with your name on it?

M: Well let me be the first to pre-emptively congratulate you, it is very well deserved. 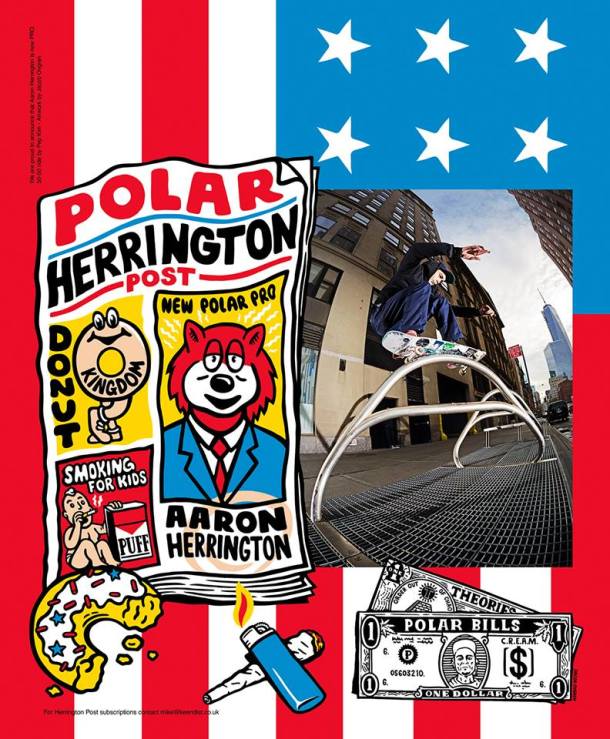