More that a few years ago one of my first exposures to skateboarding came, as my first exposure to a great many subjects came, while visiting my mother after school at the library where she worked. Many of my happiest childhood moments were spent navigating the labyrinth of shelves, teeming with every imaginable genre of books awaiting my voracious mind.

On one of these wonderful occasions I happened upon a hardback copy of a book called “How to skateboard”. The book is long since lost from the South Ayrshire councils archives, and I truthfully do not remember if I was the guilty party! Of all of the incredible pieces of information I garnered from that book, of all of the images that my young eyes tried so hard to comprehend, of all of the countless questions and possibilities that were buzzing around in my feeble young brain, one stood out, and its caption has stayed with me to this day.

is possible. Riding up a wall to most seems nothing less than magical“

The wallride. The gravity defying, spiderman like trick that when it first appeared shocked even skateboarders of the time into disbelief. Natas Kaupas’ Thrasher cover was one of the first and most distinctive examples of someone, without the aid of a bank or transition, riding a skateboard from the starting point of the sidewalk below up and onto the wall of a building before finally coming back down to earth, having changed people’s perceptions of how strongly they were grounded to it in the first place (on a skateboard at least).

And so begins our pictorial ode to the wallride, which over the years has waxed and waned in popularity within the skateboard media but has never truly gone away, and subsequently you can find photos of people pushing the boundaries of progression within this tiny niche in almost every era of skateboarding. From the technical, to the purely aesthetic, it can be appreciated for many different reasons but its true popularity must come from just how accessible the required terrain is and how wonderfully improbable it feels to execute.

What follows are a selection of photographs, some from the Mudo archives and some poached from elsewhere, showing a mere cross-section of the fountain of possibility that is the wallride… 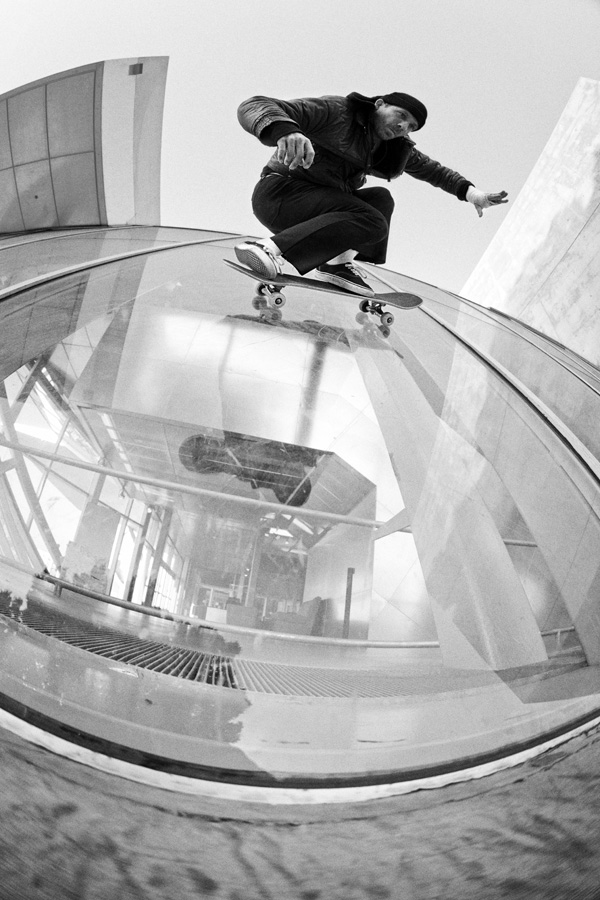 Here we have Jason Dill, whose own most recent resurgence has coincided the wallride’s latest burst of popularity. The one and only contender for titular photo of this article, we bear witness to his exploration of the range of substrates that can be conquered on the vertical. So yeah we went from the wall to the window but you see what I did there…funny right? 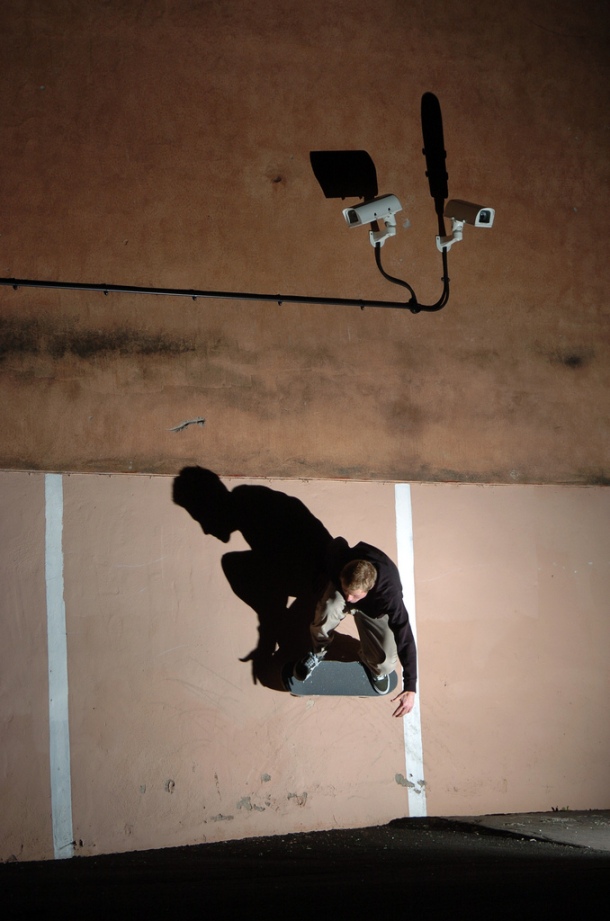 This particular flick graced the cover of our fourth issue. I think that it shows another interesting side of the wallride as a trick; that because of the fact that all you need is flat ground and a wall, it can really open up the aesthetic possibilities for the photographer to do some very interesting things literally using the wall as their canvas. As here with Campbell Begg riding high under the watchful eye of Glasgow’s omnipotent security cameras.

Okay, okay so this one is the blogging equivalent of a beam but still…I guess I could play it off as evidence of my understanding of just how fun riding up walls can be, but in actual fact the real reason I added it is that big rough chunk of concrete plastered up to the wall, because sometimes the ground has the texture of a cheese grater, there is plant life in the run up, and you just need a little help. But getting four wheels up to fakie makes it all worth while.

With one of the main tenants of my argument as to why the wallride is such an egalitarian trick, requiring as it does very little by way of specific surrounding, what with walls existing pretty much everywhere that skateboarding is prevalent, it may seem strange that anyone would travel to any far off place to perform the trick at a specific local. But that idea would seem less strange to anyone who has ever visited TSB (train station banks) in Malmo, as Adam Logan demonstrates while no doubt enjoying the satisfying “brrrrrrrrrrrrr” of urethane on steel.

The last photo I’m going to include here is another personal one (maybe even more so than the one with me in it!). This spot is one in my home town of Ayr, that I grew up skating. Never in my wildest dreams would I have thought about going up the wall and into the bank. Conor Close thinks far outside of the box and adds a lot of obtuse angles to this one. and it was shot by my younger brother to boot!